Can you teach the Blues?

There are thousands of lessons on You Tube that say they will teach you to play the Blues. But can it be taught? 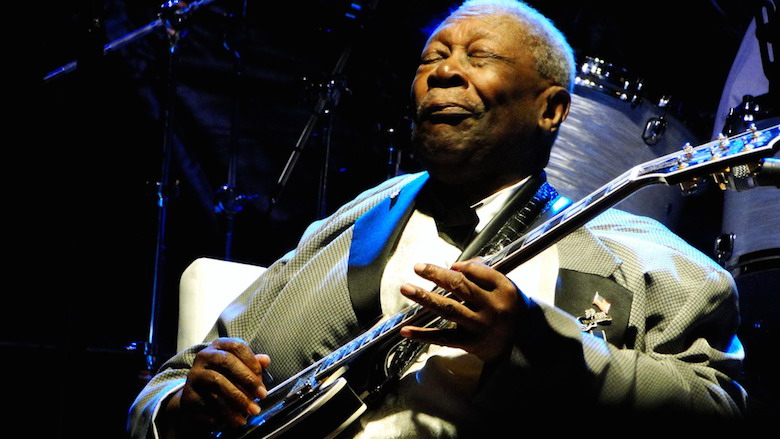 I spend a lot of time on You Tube looking for guitar tutorials and learning how to play my favourite songs. I suspect you do too. It's a fantastic resource and you could easily while away days at a time going from one video the next picking up bits and pieces, or learning new styles or songs.

And, of course, there are a ton of videos whose produces say they'll teach you to play the Blues, or at least an aspect of it. But can you really teach the Blues?

Sure, you can tell someone that playing runs on a minor pentatonic scale is a good place to start. You can tell them about the first, fourth and fifth chords in a key, and you can explain how playing seventh an ninth versions of the chords gives the whole piece a more bluesy or jazzy feel. And you can teach them a few Clapton licks, or a BB King trick, or explain how Peter Green plays the intro to Need Your Love So Bad. But is that teaching the Blues?

You see, here's the thing. To me, the Blues comes from inside. It's as much a feeling, and a feel for the music as it is the notes and chords, more so in fact. You have to have a feel for the music, an understanding of where it came from and what the songs are trying to say. Now, it's probably the case that anyone who loves the Blues enough to want to learn to play it has listened to they're fair share of the music. And it's also probable, that they were inspired to do that precisely because the have a feel for the music, a love for it, an instinctive response to it. And if that's true, then helping them with the mechanics will certainly allow them to play the Blues. But is that 'teaching the Blues.' Or is that just providing someone who already understands the Blues with the tools necessary to express their love for it. What do you think? Let me know in the comments below.

I'm writing this on what would have been Gary Moore's 62nd birthday. Moore was a phenomenal Blues player, inspired by the likes of Albert King, John Mayall, Peter Green, and of course, Jimi Hendrix. His Blues albums, particularly, for me, Still Got the Blues, were incredible. The duet with Albert Collins on Too Tired, and the brilliant version of Otis Rush's All Your Love were particular favourites.