If you thought the only option for pick-ups for your next build was a big brand, think again. Ash from Oil City Pick-ups tells us about the pick-ups he makes and why he loves making them. 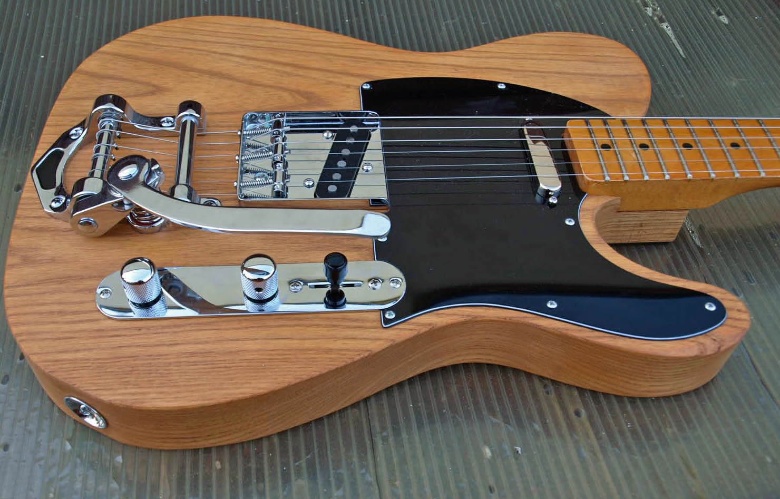 Ash Scott-Lockyer comes from several generations of engineers, so when he found himself working in a music shop as a teenager, re-wiring pick-ups seemed as natural as playing guitar itself. ‘Back then just about all you could get were the first DiMarzio Super Distortions … but they made such a difference to the old Ibanez Les Paul copies or Antorias we all seemed to play, that I just got fascinated by pickups in general. I’ve built a good many guitars over the years, but at heart I’m an electrical engineer not really a woodworker … so I always rushed to the wiring up stage … that was the bit that always interested me,’ explained Ash. Why pick-ups though, we wondered, and not, say, amps? ‘Amps are fun to build, but I’m probably not enough of a ‘scientist’ to develop something original that would satisfy me. With pickups I pretty much ‘got’ what it took to change all the parameters and alter the sound from day one. I’m a firm believer in sticking to what you know you’re good at.’

Ash’s firm beliefs are are at the heart of Oil City Pick-ups, from the love and care he puts into making them, to the service he provides to his customers. ‘I have a lot of hobbyist builders,  and a hard core of pro ones. I like to make sure they all realise they can phone me practically anytime for technical advice, as I like to think buying an Oil City pickup is like joining a slightly dysfunctional family! I develop pickups with builders, pro or amateur … and will always consider building something a bit different. I think contact with your customers is vital … and it gives me the spur to carry on making new stuff.’

That commitment to making sure customers are happy has helped grow Oil City, without the need for heavy promotion or advertising. ‘Most of my new customers come from recommendation, though of course people google the name once they’ve heard it and find my site. I get a lot of discussions on the various internet guitar forums where my customers demo my stuff … it’s sort of viral. I’ve never really advertised,’ Ash told us.

It’s not just about building the business, however. ‘I love it when people send me pics of their builds or sound clips,’ beamed Ash. ‘I’m a big kid at heart I guess. I’ve gone to gigs where I know the artist is using my pickups and I have a big grin, ear to ear the whole time.  I get a kick out just making nice stuff too, I mean, coming from two generations of engineers (my father was a rocket engineer and my grandfather worked on aircraft) … just “doing it right” is a pretty big reward.’

Read part 2 of our interview with Ash here.