EMG guitar pickups have been around since the mid-seventies and are particularly popular with metal bands. Read on to find out why. 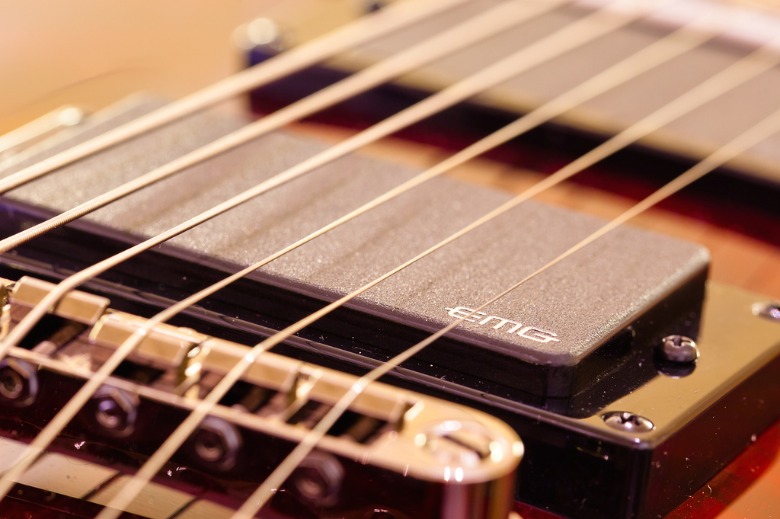 Perhaps the defining feature of EMG guitar pickups, apart from their popularity with metal bands like Slayer and Metallica, and rockers like Zakk Wylde, is their initial use of bar magnets rather than magnetic poles (though EMG also now makes pickups with pole magnets).

Pickup magnets come in two variations. In one, the poles themselves are magnetised; magnetic poles are used in humbuckers, for example. In the other, the poles are made of steel and there's either one or two bar magnets at the base.

EMG favours bar magnets, because it says 'Pole pieces place too much magnetism under the strings and cause the lower ones (primarily low E, A, and D) to go "out of pitch" with a Doppler effect. This is especially true of the Fender Stratocaster where 3 poles under each of the strings push and pull them through a variety of unnatural movements. Poles can also make intonation and tuning difficult.'

There are benefits to pole magnets too, however. For example, they reproduce the 'pluck' of a string more accurately than a bar magnet, which tends to produce a more even sound.

EMG guitar pickups are designed to be easy to install, using the company's own Quick-Connect header and mating cable. And all EMG pickups come with pre-wired tone and volume controls, battery, and output jack.

EMG guitar pickups have a pre-amp

Another feature of some EMG pickups is their built-in pre-amp. According to the company, 'the preamp is an integral part of the pickup design assuring quality of sound performance, incredible noise reduction, and simplicity in installation… A natural by-product of the preamp is gain. It allows us to design a pickup for its particular tone without concern for the pickup's output. After the coils have been modeled, any amount of output needed is available from the preamp.'

That pre-amp needs power of course. And the power comes from a 9-volt battery. The power turns on and off when you plug and unplug your guitar cable. EMG says that even playing eight hours a day, one battery should last a year, so you don't need to worry about it too much.

There are a few other features of EMG pickups, like low impedence, which means you can have a 100-foot long guitar cable without worrying about losing high frequency response, tone modelling, and noise reduction. You can find out more at EMG's website.

What are Alnico pickups? 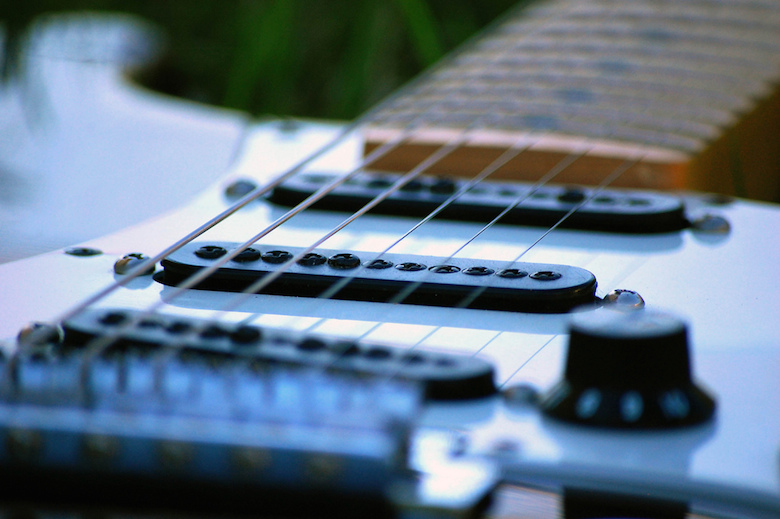 The word 'alnico' refers to the magnets in the pickups and comes from combining the first two letters of the three elements that make it: aluminium, nickel, and cobalt.

According to Fender, a company which knows a thing or two about pickups, ' In the early 1930s in Japan, alloys of iron, nickel and aluminium were found to display twice the strength of the best steel magnets of the time. Cobalt was soon found to be a useful addition to the mix, as cobalt alloys are highly corrosion-resistant.'