Some luthiers start because they love the challenge, others because they want a unique instrument. For Joe Thomas, the reason was a different one entirely. 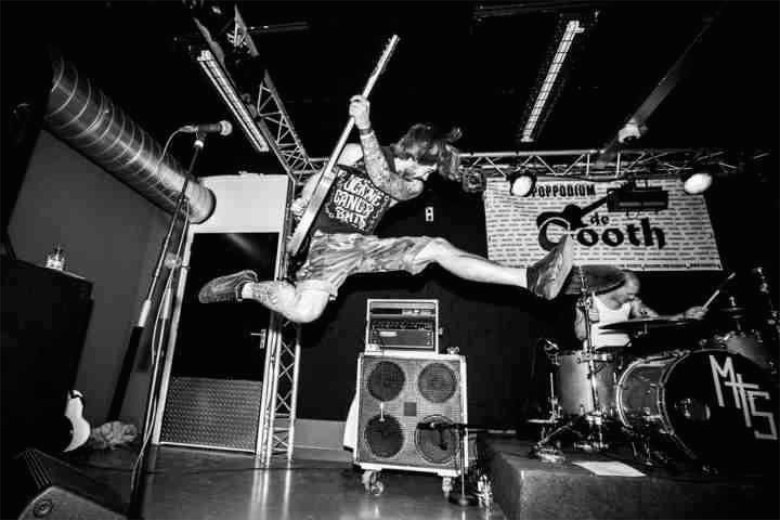 If necessity is the mother of invention, then adversity is its father. We can all point to breakthroughs that were made because of a problem faced by someone with a creative mind.

And it was precisely that situation that led Joe Thomas to build his first guitar.

'I've been playing Bass since I was 12, I'm 25 now. And being left handed you're very limited to either very cheap entry level or high end American and Custom Shop made gear. So I started modifying a lot of my kit to how I wanted it to play and sound,' Thomas explained to Guitar Hive. 'Then some of my friends started asking me to modify their kit. I eventually made a replica of an old 66' Fender Jazz Bass I had (the real thing was far too delicate and valuable to keep using) and it's very slowly gone from there, originally for myself and now me and my Dad have built some for a few friends and now bands.'

The first Tho-Rag guitar was was built for Jochanan, the guitar player for Dutch hardcore band Meet the Storm. 'Due to our skills and experience at the time, the design was simplified a bit from the original. But the knowledge and experience is ever growing. The JV-1 is basically a Tele shape, made from Swamp Ash with a tummy cut and forearm contour,' explained Joe. 'It's also routed for double humbuckers and the control rout is on the back. It's a hardtail bridge, CTS electrics and the pickups are Bare Knuckles, a Mississippi Queen (P90) at the neck and a VH-II 'bucker in the bridge.' 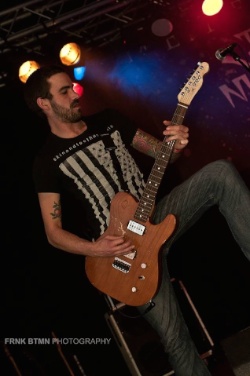 The hardware on that first guitar was very simple, a three-way selector, master volume, and master tone. 'We went for rear rout controls so there was no need for a scratch plate, I love the stripped back look of very plain but functional. This is the TRG ethos of classic ideas with contemporary looks (very apparent in our SL-1 model).'

Handing over that first guitar to its new owner was a nerve-wracking, but ultimately rewarding, experience. 'he JV-1 was delivered in July 2012 to Jochanan and Meet The Storm as they commenced recording of their debut album "To what End". I was so nervous and shocked that Jochanan tried it, compared it to his Les Paul Custom then put the Gibson away and our JV-1 is used on all most the whole album.'

Which one's your favourite, Joe?

Trying to pin Joe down on his favourite guitar of all those he's built was a challenge. But we're used to that and persisted until we had an answer (sort of). 'All of them,' exclaimed Joe. Not good enough for us, so we kept at it. 'Each one is a new experience and the next one and the next one all gain from what's learnt on the previous build and each model is refined a bit from the last. After the JV-1 we switched material and hardware suppliers and the next model the SL-1 i would say overall is of better quality… our next signature models [are] for Nick of Meet The Storm and Patrick of HAWSER. We're also in talks with Mikey and Dan of SKINDRED for some custom gear. So yeah I'd say the possible Mikey Demus Custom, as he's a lefty like me.'

When it comes to the secret of what makes a great build, for Joe Thomas it's all about the fine details. 'Personally I do spend a lot of time on planning and design. And once the rough outline for a guitar/bass is done I do a lot of refining as well. Constant little tweaks in contours and hardware, for example,' he explained. 'I spend a great deal of care in placement of the controls also, as it needs to be accessible but comfortable for the player…Woods and hardware are generally of player preference and they get ultimate say, though I do try to advise as best I can for their needs.' 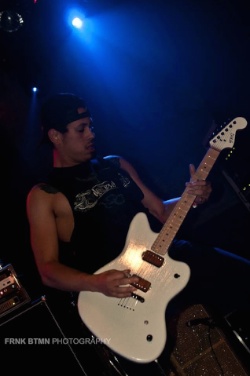 Up to this point, Tho-Rag guitars have been custom built for clients, but that's about to change, as Joe explained: ' We've been trying to introduce an 'off the shelf' range that'll be around the £1,250 mark (Artist one offs are about £1,800). It's called the AT and shall have a few design variations but basically be a Tele with twin humbuckers, string thru body LP style bridge and reverse Tele head using not the kind of woods you'd expect from a T shape. It'll have a nitrocellulose finish as well. The first AT will be going to Jochanan as his next signature model the JV-2. But besides his personal choice of Bare Knuckles they'll be identical.'

Research, research, and research some more

When it comes to starting out on a first build, Joe has two pieces of advice: research everything, and start out by modding an existing guitar or buy a DIY kit to develop your skills. 'Learn how stuff is put together. I have a design/engineer style background from what i studied in 6th form and non musical projects. So a good knowledge of how things are put together and work together I think is invaluable.'

As for tone, 'Woods! Woods and Pickups,' says Thomas. 'We use Warmoth tone woods… We pair stuff like Swamp Ash, Alder and Mahogany to either Maple or Mahogany necks. I have a preference for Ebony fretboards as well, though we offer rosewood or Maple too.'

For pick-ups, Thomas has only one recommendation 'The amazing hand built Bare Knuckle pickups [are] from the UK and you have monster tone,' he enthused. 'In the AT production model we're loading it exclusively with BK pickups. And Jochanan and Serge [from Meet the Storm] are big fans too. In fact I only use BK pickups. People can choose other makes if it's their personal taste but I'll always advise a possible BK option.'

One last piece of advice? 'Paint is also a big factor that a lot overlook. We use nitro because It's what was used back in the 50's and 60's, yes It's pricey but the colours and how it ages are amazing. It lets the material breathe so much better than having a thick plastic finish.'