The Fender Stratocaster is one of the most popular and widely played guitars ever made. Here's our tribute in its 60th anniversary year. 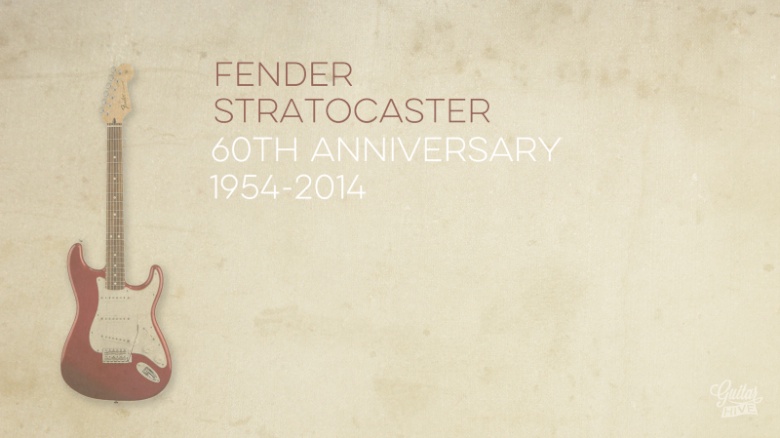 The words 'icon' and 'classic' are tossed around easily with little thought to the worthiness of the subject. But Fender's Stratocaster is both. Ask most people in the street to think of an electric guitar, and that's the one they'll come up with. Ask a guitar player, and they'll ask you which one you mean, so many different models has Fender made over the years.

This year, as we're sure you know, is the sixtieth anniversary of the guitar which has been played by everyone from Buddy Holly to Yngwie Malmsteen and Jeff Beck to Ritchie Valens. It's been used to play everything from country to metal, via blues, rock n roll and the odd Eighties power ballad.

Whether you love the clean vibrato tones of Hank Marvin, or the bluesy crunch of Stevie Ray Vaughan or Rory Gallagher, there's a Strat song somewhere you love.

To mark the sixtieth anniversary of the legendary guitar, we've designed our own desktop wallpaper. You can download it in a number of sizes, suitable for 4:3, 16:10, and 16:9 shaped desktops. There's even one for the iPhone 5. If you have a Retina iPad, use the 2048 x 1536 one, or the 1024 x 768 version for non-Retina iPads. If you have another tablet or smartphone, Google it to find the screen resolution and download the wallpaper which is closest in size.

The links are below.