These ten guitars would be gorgeous in any setting, but in these photos they are heart-breakingly beautiful.

We all have our favourite styles and types of guitar, and those which turn our knees to jelly at the very sight of them. For some it's the sensual curves of a Gretsch, for others the cutaway on a Les Paul, and for some it's the sharp pointed corners on a Flying V or a BC Rich.

Rather than try and choose the ten most beautiful guitars we could find, however, we've concentrated on the photos. In each case, there's something about the way the guitar was shot, whether it was the lighting, the way the image was cropped, or the setting, that makes it stand out.

Let us know what you think, either in the comments at the bottom, or on Twitter. 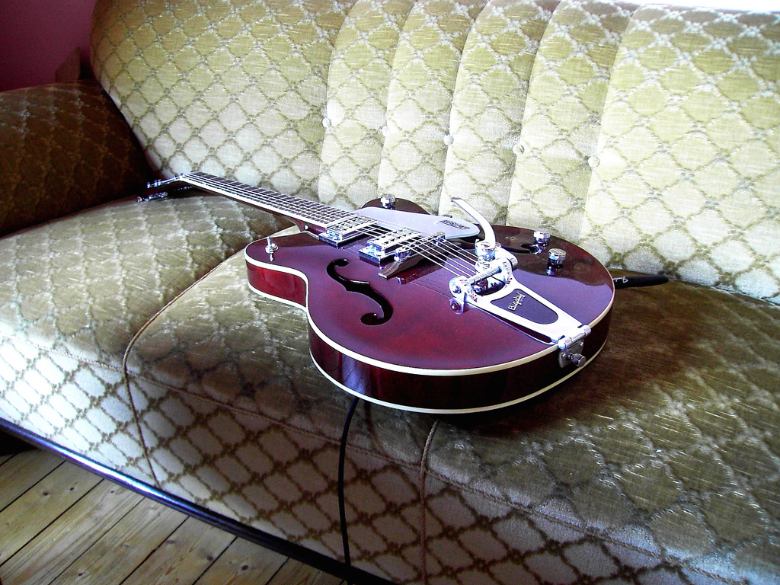 Let's face it, it's difficult to make any Gretsch look bad, but this shot, perhaps because of that lovely sofa, makes the GS155 look stunning. 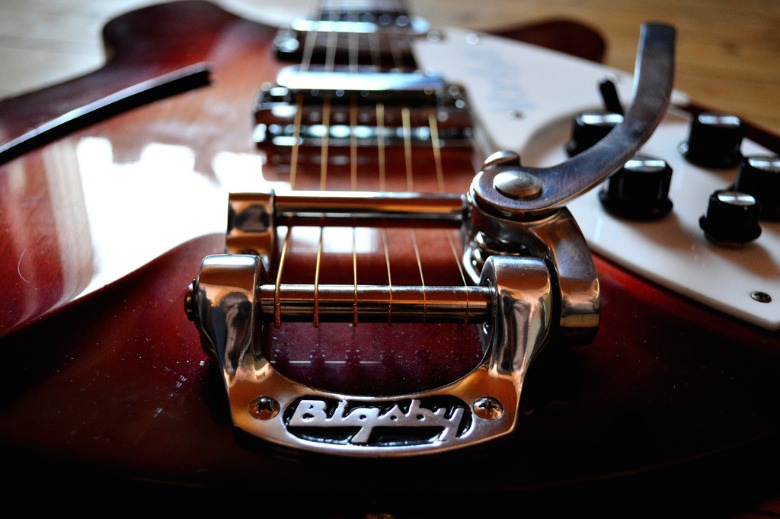 Take a gorgeous Rickenbacker, a Bigsby unit and make great use of Bokeh, and what do you get? Why, a beautiful shallow-depth photo of a guitar, of course. 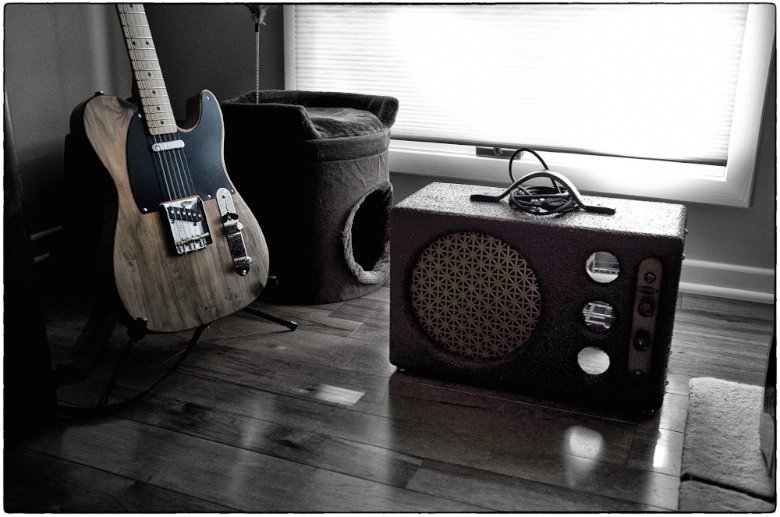 There's something about this photo, the way the guitar is set a slightly away from the amp, the desaturation that gives it a resonance and makes it feel almost melancholic. 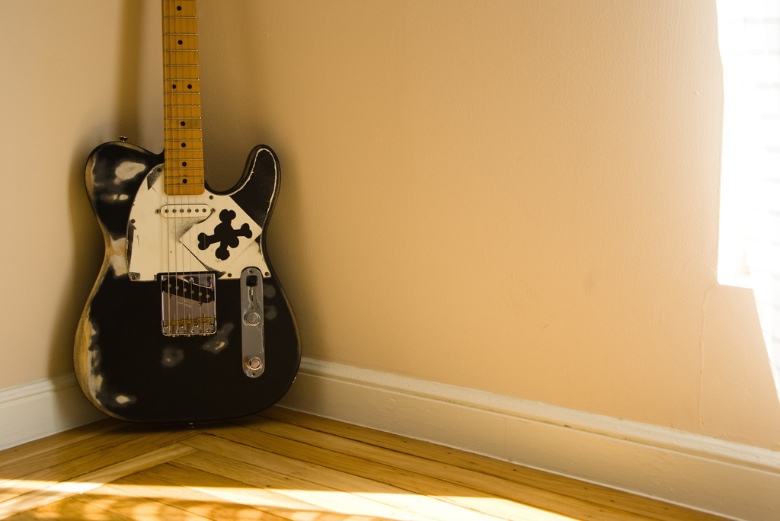 Named 'Lonely Pirate' because of the skull and crossbones on the pickguard, this black Telecaster is rendered even more beautiful by the shards of light streaming from an unseen window and, of course, that 'relic-ed' paint job. 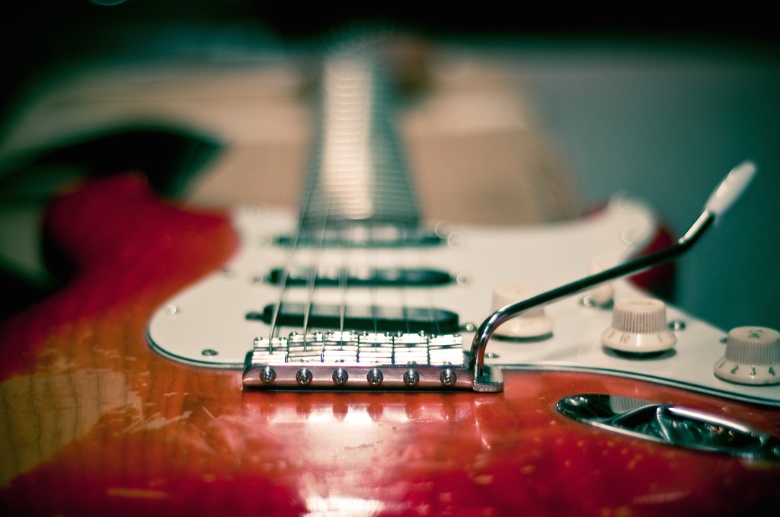 Every picture tells a story and the tale this one tells is of thousands of hours of practice, rehearsals and performances. Just look at the wear marks and scratches on the left of the photo. 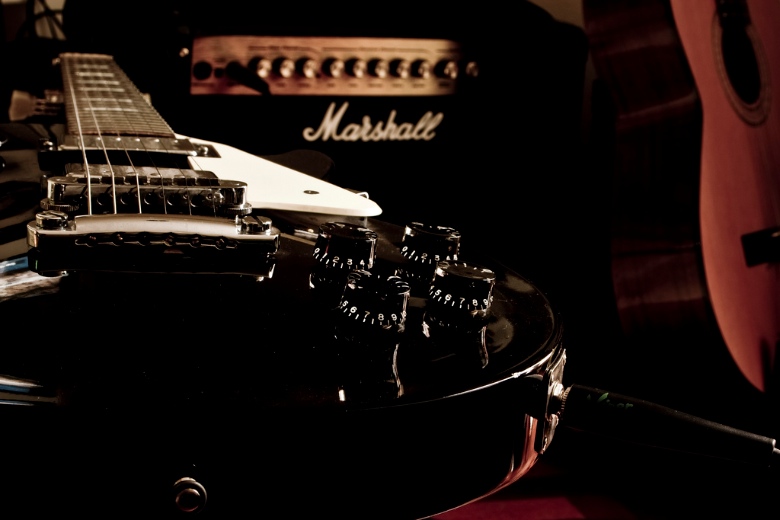 Les Pauls and Marshall amps go together like, well, things that go very well together. And this image captures that beautiful relationship perfectly. The acoustic in the background can only look on with envy. 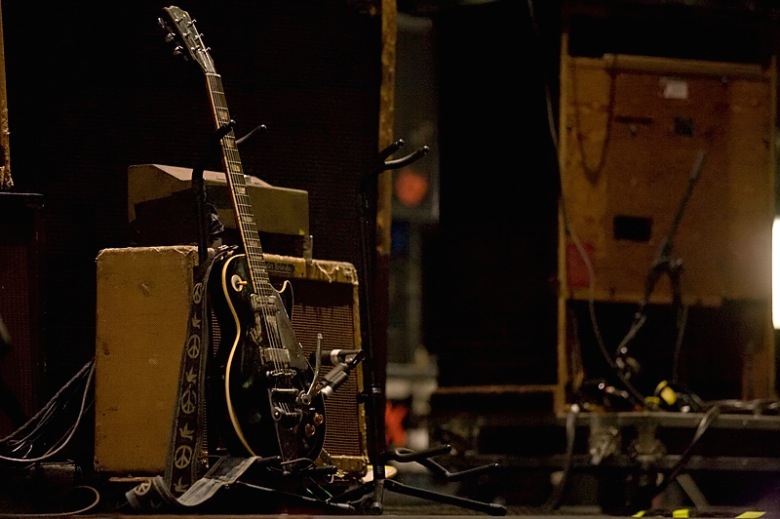 We love this image of Neil Young's legendary Les Paul. You can just sense that it's sitting waiting for Young to rip through Like a Hurricane or Keep on Rockin in the Free World. And look at the state of that amp. 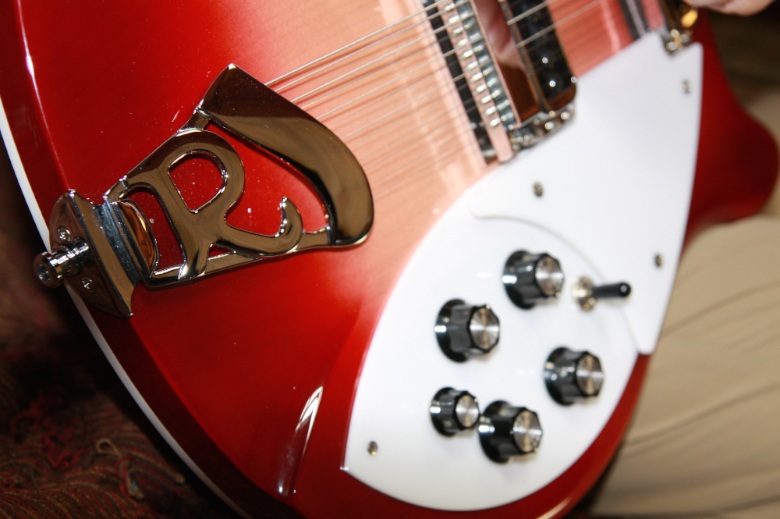 A Rickenbacker 12-string guitar in Fireglo. Need we say more? One of the most beautiful guitars ever made, and this image shows its curves, gorgeous colour, and that chunky tail piece off perfectly. 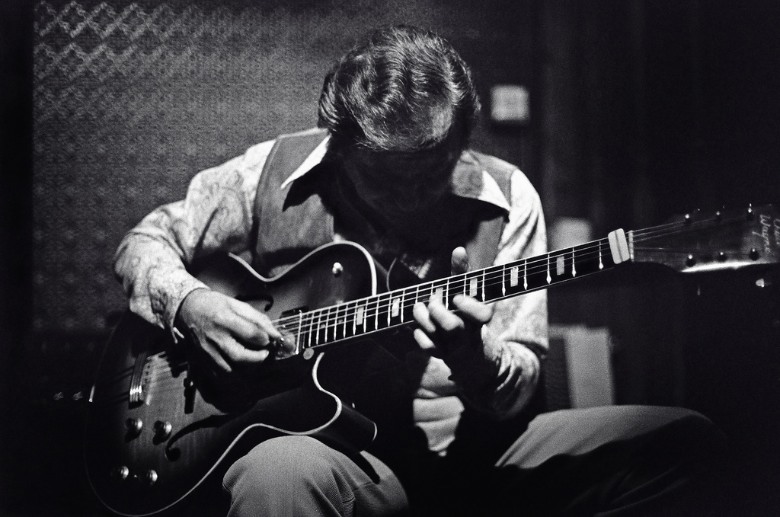 Guitars are made to be played, as well as drooled over, of course. And few images capture the relationship between player and instrument as well as this one of the late Chuck Wayne. 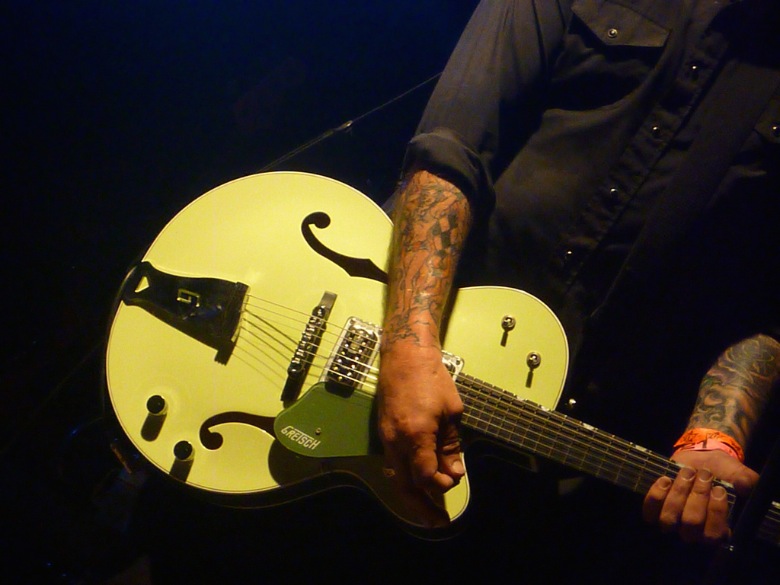 We started with a Gretsch, so we'll finish with a Gretsch. This time it's being played by TSOL's Ron Emory. You recognised the tattoos, right?